Back in May, shortly after I had joined the MFRW staff as one of the assistant newsletter editors, founder Kayelle Allen put out a request among the staff for someone to moderate the MFRW Facebook group. Of course it immediately occurred to me that since I seem to spend excessive amounts of time on Facebook anyway, I could fill that position, both to justify some of said Facebook time and also because, well, I’m already there.

As part of our new series of blog posts from the MFRW staff, I’ll be posting about the ins and outs of moderating the MFRW Facebook group on the fifth of each month. In my first few posts, I’m planning to talk a bit about the behind-the-scenes responsibilities and practicalities involved in being a moderator. After I’ve covered that, I’ll chat a little each month on the group’s stats and/or notable goings-on during the month in question.

NOTE: You can use these posts to moderate a facebook group of your very own!

One of the main responsibilities I have as a moderator is screening requests to join. MFRW is a working group geared toward helping authors and others in the literary community learn more about promotion and marketing. While the Facebook group notably allows promotion, the main MFRW channel, its Yahoo Group, does not; members of MFRW, as I interpret it, are considered to be peers in learning rather than a main audience to which to actually market.

Given this orientation of MFRW, we want members of the Facebook group to have some connection to the writing/publishing/literary community. My job is to check the profile of each person who requests to join to see if there is evidence of such a connection. Something as simple as listing “Author” in the employment section suffices; we’re not screening for a particular number of publications or level of proficiency or any such criteria. (I will admit I love it when this evidence is there, as it makes my job considerably easier and more efficient…all I have to do then is approve the request. ;) )

When I check a profile, I first look at the employment section to see if something relevant (such as “Author” or “Writer”) is listed there. If not, I next move on to the “About” section and look for a website I could visit to find evidence of a literary connection. If that’s not there, I look at the profile pictures to see if they happen to be book covers with the requestor’s name on the cover.

As soon as I encounter evidence of a sufficient connection, I check the number of groups the person is in. If it is fewer than several hundred, I approve the request. I do this because membership in hundreds or even thousands of groups is considered to be a warning sign that a profile may be a spam account, simply seeking to join groups indiscriminately to post bogus or questionable links in as many places as possible. (This is also why I don’t use the other groups a requestor is in as evidence of a literary community connection; if a group doesn’t moderate join requests, there’s no reason any member of such groups couldn’t be a spam account.)

For a number of understandable reasons (such as having a pen name), some people do not display indications of their writing on their Facebook profiles. Many authors have also noticed that Facebook does not allow one to join a group via a “page,” including an author page (which I personally find perplexing, but obviously I’m not in charge at Facebook). And of course, some people have their profiles set to mostly private viewing in general, which I also find understandable. Thus, if none of the aforementioned indications is on a profile (and the requestor is not in hundreds or thousands of groups), I move to the next step of the process: sending the prospective member a message, which I’ll talk more about next month. :) 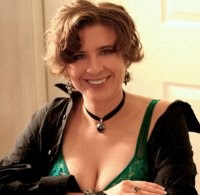