Celebrate the Holidays with #RomanceNovels from #MFRWauthor @MFRW_Org


For this month's Retweet Day on Twitter, we'd like to invite all Marketing for Romance Writers to set up tweets for their books.

This will give you the option to (copy link to tweet). Copy this link and put it in the comment section of this post.
Remember to visit the blog on November 9 and retweet everyone on the list.

Also in an effort to help people find tweets to share of yours, click the ...(three dots) again and pin your tweet to your profile page. This will give you a count of how many people retweeted your post.

1. Have #MFRWauthor or #MFRWorg in the tweet. (This retweet day is to promote each other and our group.)

2. Do not use profanity or sexual explicit graphics. Keep it clean for all age groups.

Here's to a great day of retweets,

I think we all agree Yahoo isn't the most perfect method of group discussion. It's just the one we're all using. We can complain, rail against the restrictions, search out our inner diva. But if we want to join and post to groups, for now it's Yahoo.

Most complaints have to do with "How can I get OUT of this group?" Generally accompanied by tremendous angst. The answer is simple enough since Yahoo is designed for self control. Scroll down to the bottom of your most current Yahoo message. You'll see, in blue,Visit Your Group. Look over to the right of the screen and you'll see, in even tinier letters:

Click on that middle word "Unsuscribe" and follow the prompts. Easy-Peasy, isn't it? Took me a while to find it, I was visiting the group and flailing around for a while, until...huh, lookie there!

If you want to stay in a Yahoo Group and reduce the number of daily messages you can "Visit Your Group" and set your message delivery to "digest only." Please, if you do this, and choose to answer an e-mail, be VERY sure to delete that loooong trail of messages following your reply. Your fellow group members will appreciate this and no doubt share good wishes.

I send those Good Wishes in your direction, along with expectations of many wonderful words written in the new year. 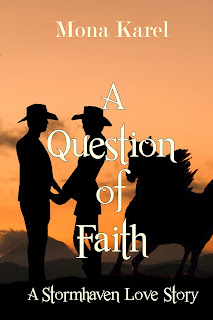 Mona Karel is the writing alter ego of Monica Stoner, who can be found running her Salukis around
the dog show ring, or elbows deep in garden soil, and not often enough in front of her computer, searching for that perfect phrase to convey deep emotions. Her recent books include the Stormhaven Love Stories, Romance with a bit of suspense, a bit of humor, and a lot of love.

She helps out MFRW by moderating posts and answering how to questions.

According to Wordweb, conflict has many shades of meaning, including a disagreement or argument about something important; opposition between two simultaneous but incompatible feelings; a state of opposition between persons, ideas, or interests; and opposition in a work of drama or fiction between characters or forces (especially one that motivates the development of the plot). The point being that conflict involves problems. No problems, no conflict.
No conflict, no story.
But what type of conflict works best for a solid story? Let's look at three major types: internal, external, and romantic. 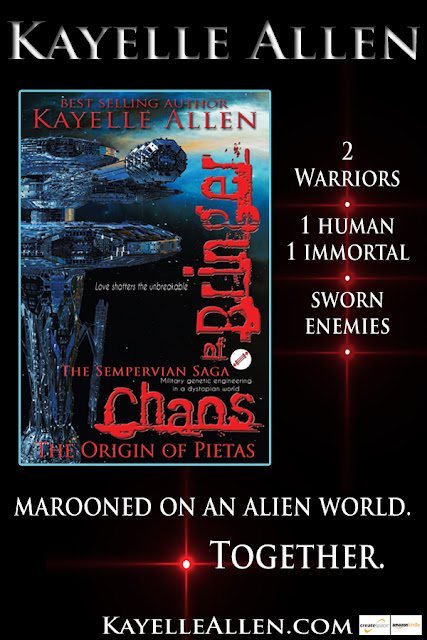 An internal conflict often revolves around an emotional struggle. Generally, an internal conflict arises from a character's backstory. Something has occurred that threatens their ideal mental/emotional state. What they believe does not go along with their physical reality. Suppose your story was a romance set in a time when marriages were arranged. Your hero has no intention of being "married off" to a rich woman who does not respect him, or that he could not respect. However, his family fortune has been lost (not through his fault) and if he doesn't solve his immediate problem of finances in order to care for his younger siblings, they will all end up on the street. He must marry a woman of means, and fast. While he does have an external conflict (the threat of homelessness) his major conflict is internal (marrying someone he does not love and respect). How he behaves in this situation is driven by how he overcomes or resolves his internal conflict. It is not necessarily a direct solution to his inner conflict that ends the problem. He might find another way around the issue. In a gay romance, the internal conflict might be fear of rejection, facing reality as a gay person, or being ostracized from family. Overcoming the internal problem drives the resolution of the conflict. Therefore, it drives the plot.

For an external conflict, a force or problem exists outside the character. In the example above, the hero faced homelessness. A heroine might be in a situation where she must rescue someone. External conflicts mean that situations and/or physical threats or needs cause a problem. To solve it, the character must find a physical solution. A thriller or suspense might involve a race against the clock before a killer strikes again. A scifi might include an alien invasion threatening to decimate the planet. A medical thriller involves doctors racing to find a cure for a horrific virus, and so on. All these conflicts erupt due to an external cause. External conflict requires a threat from outside the main character(s). In a well written, multi-layered story, internal conflict exists as well, but the external problem drives the action.

A romantic conflict involves struggle between the main characters. A strong external (physical) conflict collides with an equally strong internal conflict. The immovable object meets the irresistible force. Something must give or there will be no end of the conflict (and no romance).
Solving one conflict often still leaves the other, keeping the couple apart. Finding a reason to let down inner walls and trust the other person requires character growth and change. This leads to a resolution of the conflict.

Plot is a scheme or plan. In a story, plot escalates the problems between the characters' internal and external conflicts. The situation of the hero needing a rich wife to provide for his siblings is made worse by the requirements of society. He must court the bride-to-be and appear to enjoy it. He must tread the tricky waters of a society ball and not allow his family's name to be sullied. He must hold up his head when hints of his lost fortune surface. The plot escalates when the youngest sister falls ill and needs medical attention, or the bank demands money, or the landlord begins showing the house before the family has moved out. Things are getting worse. The plot is what forces the hero into an external action despite his internal conflict. He must handle the situation and take care of the problem.
In a romance, finding an equitable end of the conflicts, internal and external, results in a love match that solves the problems brought up during the story.
When I wrote Bringer of Chaos: the Origin of Pietas, I had a huge challenge on my hands. I wasn't writing my usual genre, which is romance. This story is pure science fiction. Using a strong conflict helped me create a platform on which to layer the characterization and thereby create the conflict. Here's the plot:
Pietas is an Ultra, an all-but-immortal warrior who leads the fight against the oppressive human race that created his people. But when he's captured and exiled to an alien world, his only ally is Six, a human who's been as betrayed as he was. To cross the continent and rejoin the other Ultras, Pietas must overcome his distrust of humans, and rely on the mortal.
Simple, right? One would think. But I had to get two enemy warriors to depend on each other to cross half a planet on foot. To do that, I had to put them on an equal basis. When one character is a human (albeit a six-feet tall special ops soldier) and the other a seven-feet tall immortal best-of-the-best warrior, that's not easy. I had to amp up Six's abilities, and somehow reduce those of Pietas. How does one trap an immortal with unmeasurable strength, an eidetic memory, and a sixth sense for trouble? Solving that enabled me to spring the plot into action.

Plot is the spine, the various settings are its bones, characters are its flesh and beauty, and conflict is its muscle. When you end the conflict, you end the story. And your readers will live happily ever after.