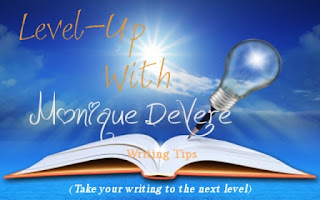 We all appreciate beauty. How can we not, when it's all around us? From babyhood, we are attracted to pretty things, and as adults this partiality continues. As romance authors, we try to bring beauty to our readers. Who doesn't admire the stunning heroine? Or fall in love with the smoking-hot hero?

But is this what romance really is about? A simple equation with few variables easily solved? Stunning Heroine + Smoking-hot Hero + Major Hots For Each Other = Happy-Ever-After? If you're thinking: sure, why not? Keep reading.


Lust is not romance


Let me ask you this...are you in a relationship? What made you fall in love with the person you're with? Was it his amazing eyes and fabulous hair? Her tinkling laugh, and impressive waist-to-hip ratio? I'm willing to guess that you fell in love with your beloved's core qualities. Don't get me wrong, attraction is a huge part of the falling-for-you stage of any relationship, but it isn't what makes us commit to a lifetime with this one person above all others. The same should be true for our hero and heroine. Have you ever read a story/book and wondered what on earth the H/h saw in the other person? I have! We might fall instantly in lust with the way someone looks, but getting to know that person dictates how we will feel about them long-term. The same ought to be said for our H/h.


We might fall in lust with looks, but we fall in love with personalities


If your hero is horrible to your heroine on almost every page the reader will wonder what on earth the heroine sees in him, and what sort of glutton for punishment she is.

I remember years ago when I was trying to crack a particular category romance line, I would read almost every book in that line each month and more often than not hate the heroes. They tended to be coldhearted toward the heroines--except when they wanted to cart them off the bed!--and I so desperately wanted to read about wonderful, caring heroes who showed the heroine love and affection while still having big enough internal conflicts to keep them apart. So I wrote these type of heroes, hoping to change the romance world with my wonderful, fun heroes. Needless to say, these guys never managed to get me picked up by the publisher. I still write this type of hero because this is the type of man I love. If I can't fall in love with my male lead, how can I expect my readers to love him?


So what makes people fall in love?


We've already establish that it's beyond aesthetics. It's more than skin deep. It's the many layers that make up a person's character--their very essence. It's their hopes and dreams, virtues, interests and skills, ambition. It's the connection between the two central characters--yes, most definitely physical attraction should play a fundamental part, but also a meeting of their minds--mutual admiration (even while they butt heads), compassion, affection. Not only do you want your reader to see why these two people would fall in love, you want the reader to believe beyond a shadow of a doubt that your H/h's HEA will last forever, and not until the first hiccup that comes along after the reader has closed the book.

A few years ago, my husband and I were on our way out for the day when we came to a set of traffic lights that were on red. We were six cars behind the first car. The lights changed to green and the first car didn't move. Being British, we waited politely until the light turned back to red and no one had moved. With some neck-stretching, and head bobbing and ducking, we managed to see that the driver of the first car was a woman and she had her friend with her. I know some men who would have started griping about women drivers, but not my hubby. He said he was going to check to make sure the women were okay and, as he got out of the car, I hopped into the driver's seat.

I can't tell you how big my heart swelled in my chest as I watched my beloved walk past four other male drivers in front of us on his way to the first car in the queue containing the two women. My hero-hubby spoke to the woman driver, then as the light changed back to green he moved to the back of the woman's car and pushed her around the corner, and off the road. Would you believe me if I told you that none of the other men in that queue even attempted to help those women, or even helped my hubby to push the car???

At that moment, as I watched my beloved rescue the female driver, I fell deeper in love with him. Until that instant, I didn't think it was possible for me to love him any more than I already did.

Once back in our car, hubby told me the woman had flooded the engine and was so upset it brought her to tears. She kept thanking him for his kindness and help, and I suspect she probably fell a little in love with him, too.

It's these sort of actions that make our central characters fall for each other and creates the magnetic pull of deep attraction. And it's what makes our readers believe the love story we tell them.

Give your characters scenes which show them in action doing the things that compel them to fall in love with each other. At the heart of your romance story is the relationship, and this relationship is a collection of layers that run far beneath the surface appreciation of beauty.


Until next time, write with clarity and style! 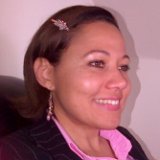 Monique loves to hear from her readers. You can contact her by visiting her HERE to learn more about her and check out her other books.

For this month's Retweet Day on Twitter, we'd like to invite all Marketing for Romance Writers to set up tweets for their books.


Here's to a great day of retweets,

Why #Authors Use Hashtags in Blog Titles #MFRWauthor @kayelleallen #bookmarketing

Have you noticed on social media that many authors use words with the # symbol in them? Wondered why? Here's the reason.

Hashtags are words which denote topics of interest. By placing the symbol # in front of a word, it becomes a tiny search program on Twitter (or other sites using the system).
Hashtags are important because many people on Twitter only use hashtags. They logon, bring up their saved hashtags, and follow, like, and respond on those. I follow #Thranduil #Hobbit #Loki #TheFlash #Arrow #AgentsofSHIELD #RLFblog #MFRWauthor -- and don't see much else. I just added #StarWars though. I'll be all over that. So if you tweet something with no hashtag, I'm unlikely to see it.
Are hashtags necessary in a blog title? No. However, when people share your title on Twitter or Facebook, the hashtag will become part of the message.
If the blog is linked to Triberr, it can be vital. Most of the posts going out do not have them, and it means they are going to be seen by a limited number of people. Namely, only those who use Twitter by actually reading posts of certain people, or if they happen to catch your post as it zooms by in the feed. By the time 20 tweets load, another 60 are waiting. When you refresh, the feed can jump right past them. I don't bother with the feed. I might glimpse it now and then, but I spend serious time on the hashtags. They are what interest me. I can save hashtags in my search menu and bring them up at will.
On Tuesday nights, I watch Flash, Agents of SHIELD, Limitless. It's three hours of glorious fun for a geek like me. On Mondays I watch Supergirl. Wednesday s I see Arrow, and Thursday it's Big Bang Theory. During those shows, I'm on Twitter, RTing and liking tweets with the hashtags of my fave shows. I've gained followers that way, but I do it because I love the shows and enjoy the interaction during the program. Commercials are when everyone posts, so it's a flurry of fun.
There's no way to keep up with all that unless you use hashtags. Give it serious thought.

Do you host guest authors on your blog? If so, why not use their twitter name instead of or in addition to their name? When your post is shared on Twitter, they will get mentions and that will expand their reach. I do that on Romance Lives Forever blog, and it gets guests about 50-75 mentions per visit for each person. That's a huge reach. I also do it on my own blog, using hashtags that target my reading audience. For me, that's often #scifi.


If you have tips for making your titles work well, please share it in the comments.
---
Kayelle Allen is a bestselling, award-winning author. Her unstoppable heroes and heroines include contemporary every day folk, role-playing immortal gamers, futuristic covert agents, and warriors who purr.
Homeworld https://kayelleallen.com
Twitter https://twitter.com/kayelleallen
Facebook https://facebook.com/kayelleallen.author
Pinterest https://pinterest.com/kayelleallen/
G+ https://plus.google.com/+KayelleAllen/
No comments: Links to this post