Why Claire Gem Chose Self Publishing
I began my published author career with not one, not two, but three small publishers. My experience with them taught me many things, the least of which was patience. Which I don't have a lot of.

The first publisher did an awesome job editing, gave me the cover I asked for, and then nothing else.

The second did a crappy editing job but gave me a wonderful cover.

The third did outstanding edits, but forced me to change the title and sprung a cover on me I still have nightmares about.

Which is why I created Erato Publishing, published HEARTS UNLOCHED in eBook, Paperback, and Audiobook, and will never, ever look back. I am a control freak who also happens to be lucky enough to have a sister who is a graphic designer (and loves designing book covers) and a husband who is patient (and smart) enough to stay out of my way when I'm struggling with formatting issues.

My new release, HEARTS UNLOCHED, is a story that came to me, quite literally, already written. My husband grew up in the area of the Catskills in New York where the book is set: Sullivan County. We were visiting the area last fall when he began reiterating the urban legend about Loch Sheldrake—a lake so deep nobody has ever found the bottom.

So deep, it was the perfect place for the mob to dump bodies back in the day.

Sullivan County is littered with abandoned hotels, resorts, and convention centers. Back in the 50s and up until about 1970, the area enjoyed a prolific tourist trade from folks who lived in nearby NYC, only about two hours away. But after plane travel became more affordable, the tourist trade dried up and died. Many of the hotels were taken over by Jewish religious organizations, burned to the ground, or still stand forgotten and rotting.

As we drove around the lake, I began a ""what if"" conversation with myself. What if there was an abandoned hotel on the shores of the ill-rumored lake? What if there was a Jewish interior designer from Manhattan who owned a weekend house on the lake? Who was also psychic?

What if a sexy Italian investor bought a crumbling hotel on the shores of Loch Sheldrake? What if, after bumping into each other and producing some rather impressive sexual sparks, the investor hires the designer to renovate his hotel? But what if there's a ghost—a poltergeist—connected with the property who has a very personal interest in the psychic designer? Kate's aunt disappeared from the place fifty years ago. 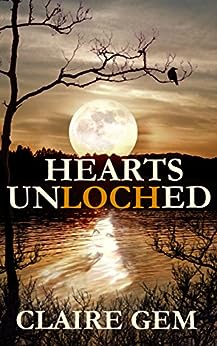 Interior designer Kate Bardach loves her single girl’s lifestyle—living in Manhattan and spending weekends at her lake house. She’s passionate about her career, reinventing old buildings. But there are some projects she can’t take on because of the spirits trapped there. Kate is psychic—she sees dead people.

Marco Lareci is one of Wall Street’s most successful investment brokers who’s achieved all of his life’s goals—except for finding his soulmate.  His latest project, an abandoned resort on Loch Sheldrake, needs a savvy designer to transform the crumbling complex into a boutique hotel. When Marco meets Kate, he can’t believe his luck. She’s the perfect match for his business and his heart.
Marco’s body excites Kate even more than does his renovation project. But the haunting there, a bonafide poltergeist, affects her on an intensely personal level. Kate’s aunt disappeared from the place fifty years ago.

Will the spirit doom Kate and Marco’s love, or drive them closer together?

ABOUT Claire Gem
Claire turns the paranormal romance genre on its ear by combining the elements of gothic horror, mystery/thriller, and romantic suspense—in present-day settings. It’s a genre she calls New Gothic.

She also writes intensely emotional contemporary romance with a touch of humor under the Claire Gem Contemporary line.