How to Write the Ending that Satisfies 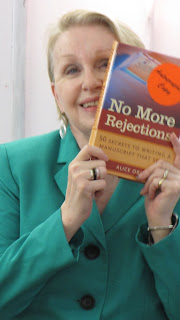 How do I make my story ending sell my book? Good question, just not the right question. Why not? Because the ending of your story doesn't sell this book as much as it sells your next one.
Have you ever finished a book and wanted to throw it across the room, or maybe actually did throw it across the room? Very often the book's ending made you do that, and also made certain you wouldn't buy that author's next book.
Your goal as a storyteller is to avoid being thrown across the room, to avoid losing a reader for your next book and the ones after it. To reach that goal, you must create a story ending that does not frustrate. You must create an ending that satisfies.
The end game of your story is a danger zone, partly because you are likely to be tired of these people and their situation by now. In fact, if you are a committed storyteller, your head and heart may already be deep into your next book. Because of that, you must be careful not to write the ending in this rhythm. Gallop, Gallop, Gallop, The End. That ending does not satisfy. That ending lacks the essential Big Bang.
In earlier articles, I used the film classic Casablanca to illustrate the Dramatic Opening and the Middle that Moves. Casablanca is an example of the Ending that Satisfies, too. Rick and Ilsa's story is especially rich in this respect because it has two narrative threads, an action suspense thread and an emotional suspense thread, and both are tied up with a Big Bang at the end.
The action climax is an actual, audible bang when arch villain German Major Strasser is shot dead. The emotional climax is more drawn out, and that slightly slowed down pace is part of what gives it impact. Rick, played by Humphrey Bogart, tells Ilsa, played by Ingrid Bergman, why she must take the plane to Lisbon and safety, not with him, but with her husband, Nazi hunter Victor Laszlo.
The plane engine rumbles to life in the background. A single tear trembles on Ilsa's perfect cheek. And Bogie says some of the most memorable lines of his career.
Rick: Inside of us, we both know you belong with Victor. You're part of his work, the thing that keeps him going. If that plane leaves the ground and you're not with him, you'll regret it. Maybe not today. Maybe not tomorrow, but soon and for the rest of your life.
Ilsa: But what about us?
Rick: We'll always have Paris.

Rick walks off then with Vichy Captain Louis Renault, who has finally discovered his inner good guy. But the Big Bang really happens in that moment with Ilsa, when brooding cynic Rick finds his own true heroic nature and sacrifices his heart for the good of the world and his soul.
We could hardly be more satisfied, and it all looks smooth and easy. But don't be fooled. To carry off an ending that works this well, there has to be a plan. To create a Big Bang Ending for your story, you must also have a plan. You must plan your climactic scene in detail. Don't write a word until that plan is perfect. Here are some specific suggestions for planning your Big Bang Ending.

The purpose of a Big Bang Ending is to reverberate after the last page is turned, to lodge in the psyche of the reader and be remembered, all the way to the bookstore, or the Buy Now button, and the purchase of your next title. Stage your final scene the way a choreographer stages a dance. The result will be a powerful Dramatic Ending at full circle from your Dramatic Opening, and equally or even more thrilling.
Now you must recognize that your story is over. You and your protagonist have exploded out of the explosive situation you exploded into on page one. You must resist the temptation to hang around a while longer. You have taken your reader on an unforgettable ride. Leave before she has a chance to catch her breath. Leave before he has had enough. Leave them wanting more. No Epilogues, Please.
When you have accomplished all of that – Here's looking at you, kid.
ALICE ORR is the author of 16 novels, 3 novellas, a memoir and No More Rejections: 50 Secrets to Writing a Manuscript that Sells. A former book editor and literary agent, Alice now lives her dream as a full-time writer. Her latest novel is A Time of Fear and Loving: Riverton Road Romantic Suspense - Book 5. Alice has two grown children and two perfect grandchildren and resides with her husband Jonathan in New York City.
Alice Orr – www.aliceorrbooks.com
Twitter: https://twitter.com/aliceorrbooks
Facebook: https://www.facebook.com/aliceorrwriter
Amazon Author Page: https://www.amazon.com/Alice-Orr/e/B000APC22E