Building a Hero with Stature – What Not to Do 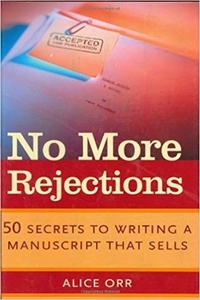 If your storytelling goal is wide audience appeal, build an admirable hero. A hero the reader will look up to, and remember that when I use the term hero, I'm referring to main characters of all genders.
I base my admirable hero assertion on two things. First, the bestseller lists. Most fiction titles you find there tell stories of admirable protagonists confronting great obstacles in admirable ways. Second, my experience as editor and literary agent, which too often illustrated what an admirable hero is not. Here are some examples, with names changed for discretion's sake.
Caroline is the hero of a Regency romance set in early nineteenth century England. We're told she's a woman of spotless character, which would be an appropriate portrayal. Most readers of this genre prefer their heroines intelligent, wise and, above all, dignified. An author seeking wide reader appeal would be wise herself to honor these preferences.
Unfortunately, Caroline is not the highly principled woman we are told she is. Instead, she shows herself to be of low moral character. Specifically, she joins a traveling theatrical company where her performance specialty is as a procurer or, in more forthright terms, a pimp.
To make matters worse, Caroline lacks acceptable motivation for her choices. She's an unhappily married woman to be sure, but she is also from the landed gentry with ample financial means. She doesn't need to disgrace herself and her family to escape her husband, nor allow herself to be degraded as she does in this author's story.
A Regency era main character may find herself in dire straits. She may act to overcome her trials in many ways, but not at the expense of dignity and self-respect. Otherwise, she becomes too tawdry to qualify as a hero of this genre, and maybe as an admirable hero of any genre, at least for a non-established author. Bestsellers can afford to take chances, sometimes.
As for Sebastian, I wonder if even his author liked him very much. Sebastian is cold, distant and uncaring. His lack of compassion must be counteracted by noble qualities to make him an admirable hero. He could be written as remote on the surface with endearing depths beneath, but, in this portrayal, under his craggy surface beats a heart of unappealing stone.
Kendra has heroic qualities but is never called upon to use them. Her story is meant to be suspenseful. She should be in danger, real danger that, to maximize appeal, threatens her life. She is strong, resourceful and brave. We're eager to see those qualities tested by extreme circumstance. When no truly thrilling challenges arise, our reader expectations are dashed.
Kendra's author could have made stronger storytelling choices. A perilous situation, which Kendra only narrowly escapes. Better still, another character, vulnerable, like a child, faces serious threat, and Kendra risks her life to defy that threat. These scenarios would reveal her heroism in action and intensify the suspense. Instead, Kendra is a heroine waiting to happen, and the author squanders the dramatic potential of her story.
Shattered reader expectations, heartless main characters, dramatic potential squandered. Avoid these like the storytelling plagues they are, unless you're a bestselling author with maybe some room for risk. Build instead a hero with stature we can admire.
For more insights into writing and publishing – Visit my blog at www.aliceorrbooks.com.