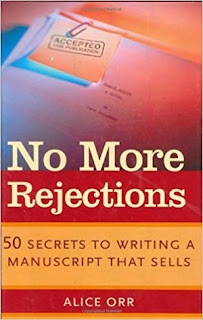 Every writer I know has endured rejection. If you’ve escaped that fate, you should be writing this, because my work has been rejected many times. On the occasion of my first major rejection, the editor implied, or maybe told me straight out, that I had no idea what I was doing.
My big mistake was agreeing to a sushi lunch. I didn’t know sushi from tsunami, but, to appear cooperative, I replied, “Sure. Sushi’s good.” Had I understood the purpose of the lunch, I’d have made a different response. I didn’t have a clue, though I probably should have.
I was writing my second novel for this editor. The first didn’t set the world afire. The second had dragged through two extensive revisions, and I’d pretty much lost track of what the story was originally about. As I took a wobbly chopstick grip on my third portion of something raw wrapped in seaweed, my editor let me know she felt the same.
“This just doesn’t work for us,” she said. I plunged into shock, but I was also suddenly no longer clueless. I was stone-cold certain. There would be no more revision chances. Novel #2 had gone down the plumbing and months of my work along with it. The sushi slipped from its precarious perch between my chopsticks and plummeted to the edge of my plate.
“You seem to think a little bird sits on your shoulder and tells you how to write,” my editor was saying. “Like you don’t have anything to do with it.” I couldn’t respond. I excused myself, dashed to that upscale restaurant’s upscale ladies’ room, and leaned my clammy forehead against the cool tiles of the black marble stall, struggling to keep my insides under control.
Bird on my shoulder? What was she talking about? I’d never been aware of anything, with or without feathers, telling me how to write a book. What I had always been aware of was my helplessness. Because of the way the publishing world works, I had no control over the destiny of my writing career. Now, I understood how perilous cluelessness can be.
If you’ve ever submitted a manuscript, you know what I mean. You labor over your work, send it out into what feels like a void. then wait for a thumbs up or down on your efforts, your ambitions, your hope. You endure this because you have no idea what else you can do. You are as clueless as I was in that ladies’ room with my forehead pressed against tile as black as I believed my future to be.
A couple of years later, I became an editor myself. That choice had a lot to do with power. I was determined to regain mine, and to share it. As an editor, then a literary agent and teacher, I would be that bird. I’d sit on a writer’s shoulder and whisper in her ear the words she needed to hear to avoid demoralizing rejection scenes of her own. I could do that because my years on the other side of the desk taught me a lot about creating publishable fiction.
Now I write articles and blog posts to share that knowledge. Still, the dread words are out there, “This just doesn’t work for us.” Words that hit their mark hard for any writer. I wish I could guarantee they will never be heard again, but I can’t. What I can offer is my experience and expertise, and to be a bird on the shoulder with an empowering song to sing.