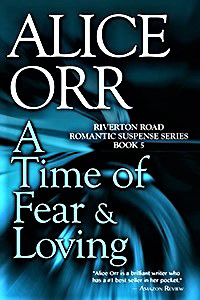 The struggle in your story is the drama of your story. That struggle must begin at your Dramatic Opening and continue forward without letup. The course of the struggle is the course of your plot. The more intense the struggle, the more intense the plot. That is the secret to writing a page-turner story. Escalate the power, the intensity and the drama of your main character's struggle, and you are in the winner's circle. What could screw that up for you? The middle, where you are likely, with unfortunate regularity, to find a muddle. Why? Because the middle is where the story line is likely to sag.

Nobody Wants a Sagging Middle: How to Avoid Writing a Muddled Story

When your story loses momentum in the middle you must make these crucial assumptions. You need to know more about your characters. And, therefore, you need to ask yourself three crucial questions.


In my contribution to the MFRW magazine's February issue, "Well Begun is Well Done," an article on the Dramatic Opening, I used the classic film Casablanca as a story example. Let's continue with that example here of how to create the story middle that avoids a muddle.
At the Dramatic Opening of Casablanca we found Rick, played by Humphrey Bogart, bitter and disillusioned, but we are well into the story before we learn the source of his bitterness. At the opening, there are hints at the problems in Rick's history, but we still don't understand what's up with him. Then beautiful Ilsa arrives, played by Ingrid Bergman, and Rick reacts. We might say he overreacts because we still don't know what's really going on between them. Ilsa is with her husband Victor when we first encounter her, so we don't get an explanation until she returns later to the closed café where Rick is alone. Now we find out about Paris and the past love affair between Rick and Ilsa that sent him soaring then smashed him back to earth.
At this point, we are truly hooked because what began as a suspense plot, has turned into a love story as well. We are hooked in the heart by the love story even more deeply than our adrenaline was pumped by the danger of the suspense story. We are also at the middle of the story, and there's not a sign of a sag anywhere. Why? Because we have learned more about the characters. Because the story situation has begun to satisfy those three crucial questions I mentioned, with a hidden relationship, a deep conflict and a significant secret that had been kept from us concerning the main character. Your story situation can do the same.
To add even more anti-muddle momentum to your story middle, all you have to do is make two more crucial assumptions. First, the hot water you have dumped your characters into needs to get hotter, much hotter. And, second, for that to happen, you must ask yourself three more crucial questions.


In Casablanca, we find the motherlode of misfortune and danger, World War II and Nazis. We also have a powerful villain in the German Major Strasser. Nothing accelerates story tension better than a truly evil bad guy. There are high stakes too. Ilsa's husband Victor must be smuggled to neutral territory or he will be captured and tortured and his patriotic anti-Nazi work will end. Meanwhile, the jolt to main character Rick comes in the form of Letters of Transit. They are what Alfred Hitchcock called the Macguffin. The Macguffin is the thing everybody in the story wants, either for good or evil reasons, depending on who they are. Rick has these letters. They will decide Victor's fate. They will also decide the fate of Rick and Ilsa's rekindled passion. Da Da Da Dum!

The middle of Casablanca provides all of this and more, and you can re-imagine your story middle to do the same. Simply re-imagine your characters. Dig beneath the surface of the way you see them now by answering the first three crucial questions. Dig beneath the surface of the way you now see your story by answering the second three questions. Do all of that, and you will excavate your own motherlode of page-turner storytelling. It is there already, beneath the surface you have already written. When you unearth that treasure, you will have banished your sagging middle forever.

Where to buy A Time of Fear and Loving