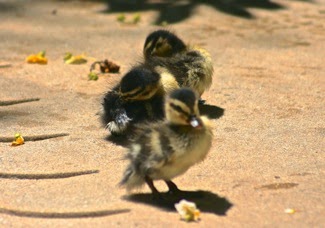 In my inaugural post about moderating the MFRW Facebook group last month, I talked about screening requests. This month I’m going to pick up where I left off and discuss what I do with join requests that require a little more attention.

When I’ve done my run-through of things I look at in a profile and determined the account is probably not spam but also have not found what I’m looking for, I send the requestor a Facebook message. I keep it fairly short and simply introduce myself, thank the individual for the request to join, and ask about her/his/their connection to the literary community. Originally, my note said only that; as more responders seemed to wonder why I was asking, I expanded and tweaked my original message to explain the nature of MFRW and why it isn’t best-suited to those who are purely readers. This saves the time it was taking to explain that to people when they wrote back asking why I was asking. Kayelle also recently came up with the idea of putting a "deadline" date in my message, explaining that I will delete the request on a certain date if I have not heard back by then. That’s worked out very well in keeping the queue manageable, as it is not unheard of for the group to receive up to 15+ requests per day at times.

I’d estimate at this point that I receive a reply about half the time, and the response almost always supplies the information I’m seeking and results in a new MFRW Facebook group member. In a few cases, people have responded months later and explained that they just discovered my message (generally in their "Other" box—see next paragraph), at which time I reply with a link to the group and ask them to send another request, which I approve as soon as I see.

One way Facebook has made this kind of communication a bit challenging is by sending messages from people who are not one’s Facebook friends to the individual’s “Other” messages folder. I'm pretty sure some people don't even know they have an "Other" folder, much less how to find it. If, incidentally, you’re not familiar with your "Other" folder, you can locate it thusly: Click on the "Messages" icon on the top of your Facebook profile. When the box opens, look right next to the word "Inbox" on the top left, and you’ll see the word "Other" in gray, followed by a number in parentheses (the number of messages you have in your "Other" box). This folder usually contains messages from people you don't know/with whom you aren’t connected on Facebook or mass messages from FB Pages with which you may be associated.

Over the last few months, I have noticed Facebook doesn’t seem to be sending my messages to "Other" folders so automatically. I suspect that having messages from non-friends go to the “Other” folder perhaps used to be a default setting and was recently made to be one we had to go in and set manually. (Note: To view or change these settings, go to your privacy settings and see the questions "Who can contact me?" and "Whose messages do I want filtered into my Inbox?") In any case, Facebook now tells me at the bottom of a message box that a message will go to someone's "Other" folder (conveniently offering me the option of paying $1.00 to have it go to the individual's regular message queue...), and this hasn't been showing up on nearly as many message boxes in recent months.

My overall aim with the request approval (or rejection) process is to strike a balance between letting in members—MFRW is an open group, and we want members, of course!—making sure members are well-suited for the group (i.e., have some connection to the professional literary community), and keeping out spam or other malicious profiles. Because of Facebook’s "Other" folder system, I do suspect we've lost legitimate potential members sometimes because they simply didn't see my message. At some point, though, it seems there’s only so much I can do…I admittedly tend to err on the side of caution in wanting to keep spam profiles out, which is something I’ll talk a little more about next month.