The Founder of MFRW Speaks Out: Ellora's Cave vs Dear Author #MFRWauthor #notchilled 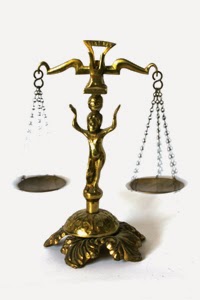 Ellora's Cave (EC) is suing Dear Author, a book blogger. There's more to this than you would be led to believe.

As the founder of Marketing for Romance Writers, I often see details behind the scenes because authors from all over the web email me for advice, or to rant safely, or to bounce ideas off someone. Most of the time, I listen and ask a few questions. They already know what they want to do -- I'm there as a sounding board. That's fine with me. I enjoy helping people. I'm good at listening, and I can keep a secret. I've heard some horror stories about publishers imploding, and businesses going belly up because of poor decisions, bankruptcy, owner-hissy-fits... you name it.

This time, I'm the one with the issue, and it's one I have to speak out about.

The book debuted in July 2013, and I promoted it all over the place. By October, when I hadn't received a royalty check, I emailed the person who was supposed to be in charge of royalties, and asked. I got a polite "oops-we-overlooked-you" response, and a promise it would go out ASAP. I finally got a check in January 2014.

This was what EC authors were all excited about? Surely not.

I figured okay, maybe the book wasn't that good. Didn't sell. That happens. Or it was the wrong audience. EC readers like male-dominants, not female. Fine.

When I was told recently the book had been nominated for an award at EC's Romanticon, I thought that was odd. Why would they honor a book that made them zip money? I flattered myself that it was good after all, and maybe the editors had nominated it. Apparently, despite the fact that I write erotica, I am naïve.

Not long after, I got a note from my EC editor that she'd miss all her authors, but all the EC contract editors were being let go, and this was good-bye. (I've since hired several for The Author's Secret and was thrilled to get them. We were about to add editing services, so this was fortuitous for the business. I hope to keep them very busy.)

Then two of the publisher's executive officers quit.

I got this horrible sinking feeling in the pit of my stomach. I'd seen this happen to others, but not to me. What was going on at EC?

EC authors began complaining on the author-only Yahoo group, claiming they hadn't been paid. (EC says it's having software problems). One author created a restricted Yahoo group so those EC authors who wanted to join could keep in touch. In case things went bad and we got shut out. Publishers have been known to shut down communication, thinking if they can keep authors from talking to each other, it'll be fine. (It's not.) I've been published since 2004, and I've seen a few failed pubs. That's sadly what happened in several cases. But today, we have social media, and it's not as easy to shut people out or keep them from connecting.

When the book and author blog site Dear Author posted an article about the EC situation, I read it. Didn't see anything I hadn't heard from others. There was nothing new there.

A few days ago, EC sued Dear Author for defamation. Let me repeat that: A publisher is suing a book blogger.

Why? It's tantamount to an author suing a reader for a 1-star review. It's not simply saying "Hey, you defamed us" -- it's intimidation. It's telling bloggers that if they dare speak out, EC will come after them too.

As much as I'd like to play it safe and stay in the background, I can't. This is wrong. I have to speak up and speak out. I have to urge others to do the same thing. I am speaking about it from the Marketing for Romance Writers marketing blog because this kind of thing affects every author.

If you haven't heard about this story until now, I urge you to read other posts. This fight is going to be huge. It's going to rock the publishing world, because it's a fight that should never, ever have happened. I am not alone in speaking out. There are multiple posts everywhere, because we are not going to be intimidated into silence.

What matters is that I was afraid to speak out about this, because I didn't want to be sued, or singled out in some way. And to be afraid because I thought my own publisher would come after me for being truthful... that's just WRONG.

What can you do to help?

I'm asking everyone to take a look at this issue, and speak up. Stand with EC authors. They are the ones who are suffering. Buy their other books. Follow them on social media. This is hurting their livelihood, and that hurts all of us. A blogger is being sued for speaking out, and if we don't stand with them, we could be next.

FYI: the hashtag #notchilled is being used to discuss this issue on Twitter.
---
Kayelle Allen is the founder of Marketing for Romance Writers. She is a multi-published, award-winning author, and the owner of The Author's Secret, an author support company. Her unstoppable heroes and heroines include contemporary characters, futuristic immortals, covert agents, and warriors who purr.
Homeworld http://kayelleallen.com
Unstoppable Heroes Blog http://kayelleallen.com/blog
Twitter http://twitter.com/kayelleallen
Facebook http://facebook.com/kayelleallen.author